Chickpea is an annual, self-pollinated crop, adapted to low input and water requirements. Nowadays, it grows all over the world under rainfed conditions. FAO data reports that India, followed by Australia and Pakistan lead the cultivated area of chickpea, with more than 1 million ha each. Mean yield is about 1500 k ha-1 but in irrigation conditions it could reach more than 5000 k ha-1. Among EU countries, Spain, Italy, Bulgaria and Greece are the major producers, and Spain, Italy, Portugal, Germany and France import substantial amounts. During the last 20 years, a rise in global production and in the number of importing countries have confirmed the increasing global demand of this crop.

Archaeological evidence supports that chickpea has been part of human food in the Mediterranean basin since the 6th century B.C. The Middle East is thought to be the place of origin and domestication of this crop, from where was dispersed to the East in ancient times. Chickpea is the unique cultivated species in the genus Cicer. Based in seed and flower traits, it is divided in two main cultivar groups, desi (small, angular and pigmented seeds) and kabuli (larger and rounded seeds) with desi the most widely grown (85% of global production).

In spite of the large number of accessions conserved, the use of all this germplasm is limited, mainly due to the lack of available characterisation data. One of the goals of INCREASE is to improve this situation.

Human plant protein intake has to rise in the EU to reduce the impact of agriculture and to have healthier food products. Chickpea is one of those high protein yielding crops adapted to low input conditions. CRF - The National Plant Genetic Resources Centre in Spain - is in charge of active collections of grain legumes, including chickpea, as it is a traditional crop and food in Spain. 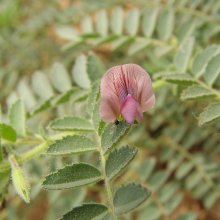 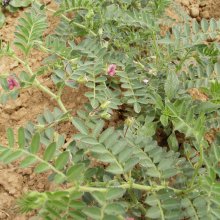 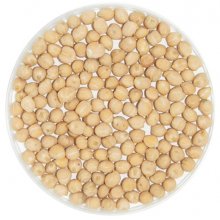