Common bean is a diploid (2n=2x=22; genome size ~520Mbp), annual and predominantly self-pollinating species. It is the most important grain legume for direct human consumption worldwide and the most consumed grain legume in Europe with the demand increasing over the last years. In Europe 544,330 ha are cultivated with beans, with a production of 1.9 mt. Beans are largely grown as a grain crop (dry beans) or as a fresh vegetable (green beans). They represent a crucial source of protein for poor farmers in Latin America and East Africa.

Common beans, such as green beans, kidney beans and other varieties of Phaseolus vulgaris, have been a staple food for many thousands of years for various cultures across the globe. They present a great nutritional value, are a valuable food product and show the ability to grow in almost all climatic conditions. Common bean can be used as dry or fresh seeds, but also as immature pods that can be of various colours -green, yellow and purple - and presenting many different shapes. Common beans used as fresh pods are known as Snap beans but also known under many different names, including green beans, French beans, stringless beans, fagiolini and haricots verts.

Phaseolus vulgaris is part of the Phaseolus genus along with 70 other species. Eight principal crown clades that show some morphological, ecological and bio-geographic distinctions characterise the Phaseolus genus. Their formation occurred relatively late, on average 2 million years ago. The oldest group is Vulgaris, which has been dated at 4 million years ago. The wild ancestor of the common bean originated in what is now Mesoamerica and then spread within South America. Domestication occurred independently in Mesoamerica and South America around 8,000 years ago.

Current P. vulgaris germplasm is characterised by a very complex genetic structure with two main geographically distinct and partially isolated gene pools, Mesoamerica and the Andes. The domesticated Phaseolus vulgaris was introduced to the Old World for the first time by Christopher Columbus upon his return from the second trip to the New World in 1493 and were then rapidly disseminated to many different European areas characterised by varied environmental conditions and agronomic practices. In Europe, hybridisation and introgression between the Andean and Mesoamerican gene pools is of particular interest with the development of a European gene pool with a greater adaptability to European environmental conditions and consumer preferences. With their unique characteristics and features Phaseolus spp. and common bean represent an ideal model to investigate evolutionary histories, crop diversification, domestication and adaptation.

Beans are important legume genetic resources and potentially of value for sustainable food production. Since the introduction into the Old World, they are strongly linked to the European food tradition and needs and represent significant options for EU agriculture.

Along with the other three crop legumes in INCREASE, the project aims to improve the sustainable use of common bean genetic resources in food and agriculture by enhancing genotypic and phenotypic characterisation and by developing efficient and effective conservation tools and methods in order to promote agrobiodiversity and its use in Europe.

Moreover, for the common bean, a Citizen Science Experiment is to be performed: a wide range of external participants can exploit a subset of common bean lines from the INCREASE cores in order to contribute to conservation, evaluation and distribution using seed image recognition as the validating tool, once verified using genomics analysis. A dedicated app available to the interested participants facilitates the experiment. 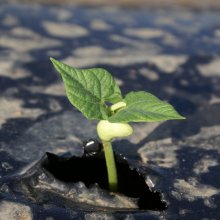 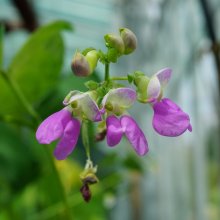 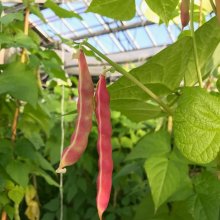