The lentil is an annual, herbaceous, self-pollinated diploid (2n = 14) grain legume with a haploid genome size of 4.3 Gb. Lentils are an important source of dietary protein, fiber, and various minerals such as iron and zinc. Consumed as staple food in developing countries and as vegetarian dishes elsewhere, lentil grains are considered a very healthy food. Lentils are the third most important cool-season grain legume after chickpea and pea. They are grown worldwide in three primary macro-environmental zones: fall-sown Mediterranean, such asTurkey, Spain, Italy and South Eastern Australia, post-rainy season, sub-tropical Savannah, such as South Asia, and spring-sown northern temperate, such as Canada and USA). Lentil production in 2018 was 6.3M t in a 6.1M ha area across more than 50 countries, with Canada as the largest producer (2.1M t), followed by India (1.6M t).

In Europe lentil is grown on about 241,929 ha with a total annual production of 275,565 t and an average yield of 11,390 hg/ha. Legumes are important components of farming systems, providing environmental and ecological benefits through crop rotation and decreased artificial nitrogen use by forming symbiotic relationships with nitrogen-fixing bacteria. Because of these associations, lentils, like other legume crops, play a role in sustainable organic farming systems, reducing the use of fertilisers, enhancing the productivity of non-legume crops, and decreasing the ecological impact of agriculture.

Lentil is one of the oldest domesticated grain legumes. The archaeological records place lentil domestication from its wild progenitor Lens culinaris spp. orientalis in Syria and Turkey at approximately 8,500 BC. The expansion of lentils to the west took place around 6,000 BC, arriving first in Greece and southern Bulgaria, then moving through Hungary, Czech Republic and Switzerland to Germany. At the same time, the crop reached Ethiopia to the south. Eastwards, the crop reached Georgia between 5,000-4,000 BC, then India and Pakistan about 2,000 BC. In North America lentil is a relatively new crop, first introduced into northwest USA in the 1930s and in North America in the late 1960s.

Current lentil cultivars have a narrow genetic base and are challenged with many biotic and abiotic stresses. Diversity of germplasm stored in genebanks is a vital source for discovering useful genes which serve as a resource for lentil breeding programmes. There are currently over 58,000 lentil accessions held in various genebanks worldwide. The actual utilisation of lentil germplasm is limited in comparison to the availability of materials and the potential impact of their use.

Lentils are crucial for key agriculture-related societal challenges, such as agrobiodiversity conservation, sustainable agriculture, food security and human health. Large genome size, narrow genetic base, lack of candidate genes, low density linkage map, and the difficulty in identifying beneficial alleles are the main limiting factors in genomics enabled improvement in lentil. There is still a knowledge gap and a big potential to exploit genomic information and genetic diversity in lentils to increase productivity, face agricultural challenges, and select relevant material for crop improvement. This is particularly valuable to broaden diversity in cultivated lentils, where domestication led to a reduction of genetic variation.

Our goal in INCREASE is to improve the sustainable use of plant genetic resources in food and agriculture by enhancing, in lentils, the genotypic and phenotypic characterisation of genetic resources and by developing efficient and effective conservation tools and methods to promote agrobiodiversity and its use. This will be achieved by the INCREASE intelligent collection approach that aims to provide tiers of characterisation to increasingly large pools of lentil germplasm. 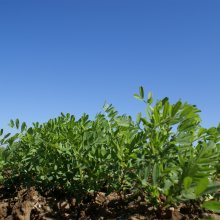 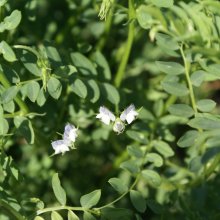 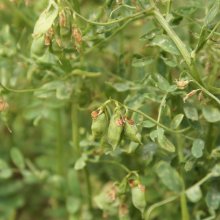 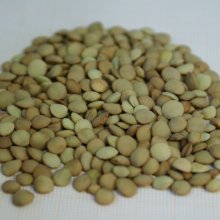