Lupinus is a large and diverse genus in the legume family, comprising of around 280 species that can even be extended to up to 1,000 species. Lupins are widespread across various climatic zones ranging from subarctic regions (Alaska), through the Mediterranean and mountain regions of East Africa, Mexico, the Andes, and High Rockies to subtropical regions of eastern South America.This highlights their ability to adapt to different environments and varied agroclimatic conditions.

Lupin species are annual and perennial herbaceous plants, but also shrubs and trees. A number of 12 annual lupin species, geographically distributed in the Mediterranean basin and in North and East Africa, form a group of the ‘Old World’ species. L. albus along with the two other lupins L. angustifolius and L. luteus are the three representatives of the European crop. Most of the lupin species, both annual and perennial, are native and widely distributed throughout North and South America, comprising the ‘New World’ species. L. mutabilis is the only American lupin that has been domesticated and cultivated.

Domesticated lupin species have been grown as a cultivated crop in many countries on all five continents. L. albus is mainly cultivated in Europe, notably in Poland, Russia, Ukraine, France, Italy and Germany. Its cropping area has been extended to some countries of the Americas, such as Brazil and Chile, and Africa, e.g. Sudan, Ethiopia, Tanzania and Zimbabwe. L. mutabilis is mainly cultivated in the Andean area of South America, with high importance in Ecuador, Peru and Bolivia. The countries where the species is regarded as first priority are Bolivia, Chile, Ecuador and Peru.

The Lupinus genus belongs to the Genisteae clade. The basal papilionoid legumes diverged early in the evolution of the papilionoid legumes (approx. 56m years ago). Lupin genomes appear to be highly rearranged in comparison to other legume genomes, and they are highly diverged from all of the agriculturally important legumes. Attempts to explain the origin and evolutionary path of lupins (Lupinus) has been the subject of research for many years. Recent research indicates that the Lupinus genus originated in the Old World and three evolutionary lines have been distinguished, including:

L. albus (2n=50, genome size ~580 Mbp) possesses the longest history of domestication among lupins. It started in ancient Greece and Egypt before 2,000 BC (Zhukovsky, 1929) to produce human food and animal feed. Then, in 1,000-800 BC, L. albus was also utilised as green manure in ancient Rome and other Mediterranean countries. Greece and the Balkan Peninsula are considered to have the greatest diversity of L. albus and its wild subspecies (ssp. graecus, spp. termis, ssp. albus) as well as cultivated types/ landraces. The primary domestication of L. mutabilis (2n=48, genome size ~930 Mbp) started in 700-600 BC throughout the Andes in South America, the centre of its diversity and domestication. L. mutabilis is recognised only in cultivation and still is not grown at commercial scale in Europe. So far, no wild populations have been discovered.

Their seeds also contain other important nutrients such as starch, fibre, antioxidants, minerals and vitamins which has led to an increased interest in these species as a valuable source of human food. The use of lupins along with other well-studied and commonly consumed legumes can therefore greatly diversify the variety of a plant based diet.

Little genomic information is available for large numbers of lupin accessions, compared to their impressive range of biodiversity. The exploration of genotype-phenotype relationships will therefore lead to an increase of lupin target in pre-breeding programmes. 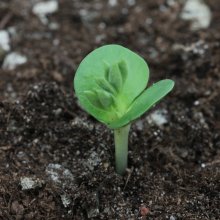 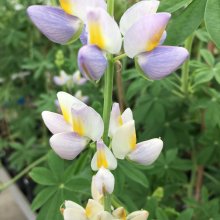 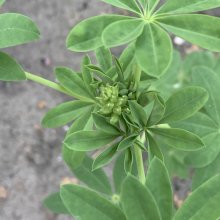 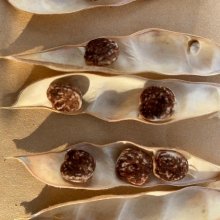